This project aimed to explore the hidden possibilities of the ‘wasted’ space allocated for setbacks, driveways or backyards, based on the Density and Diversity Done Well Competition by the Queensland Government. Instead of a formal site for the project, a residential block was allocated and the new development needed to slot into the block, without major changes to existing structures. The brief introduced the clients as three unrelated women, of different age groups, who will reside in the house together, each with their own requirements and needs for private space. Alongside the share house, we were asked to develop a masterplan for the block, that would allow for multiple such infills to be inserted, increasing the density of the urban fabric, as well as introduce points of interaction for the community.

This proposal for a multi-generational share house delivers a narrow three bedroom dwelling that is positioned between existing houses in the suburb of Inala. The project aims to preserve the site features, including existing houses and mature trees. The infill housing pays homage to the materiality and roof form of the existing dwellings and adds even more greenery to the street, yet not overpowering the street scape with its scale. Inside, the house is spacious and is segmented into separate blocks for each resident – providing private retreats as well as social spaces. The dwelling is centred around an internal courtyard that brings light, air and nature into the home, yet still providing privacy. The narrow dwelling can be modified and replicated in other spots on the site, or within a different context. Alongside the share house, a redesign of the block is proposed, which sees an addition of a shared backyard and laneway with focal 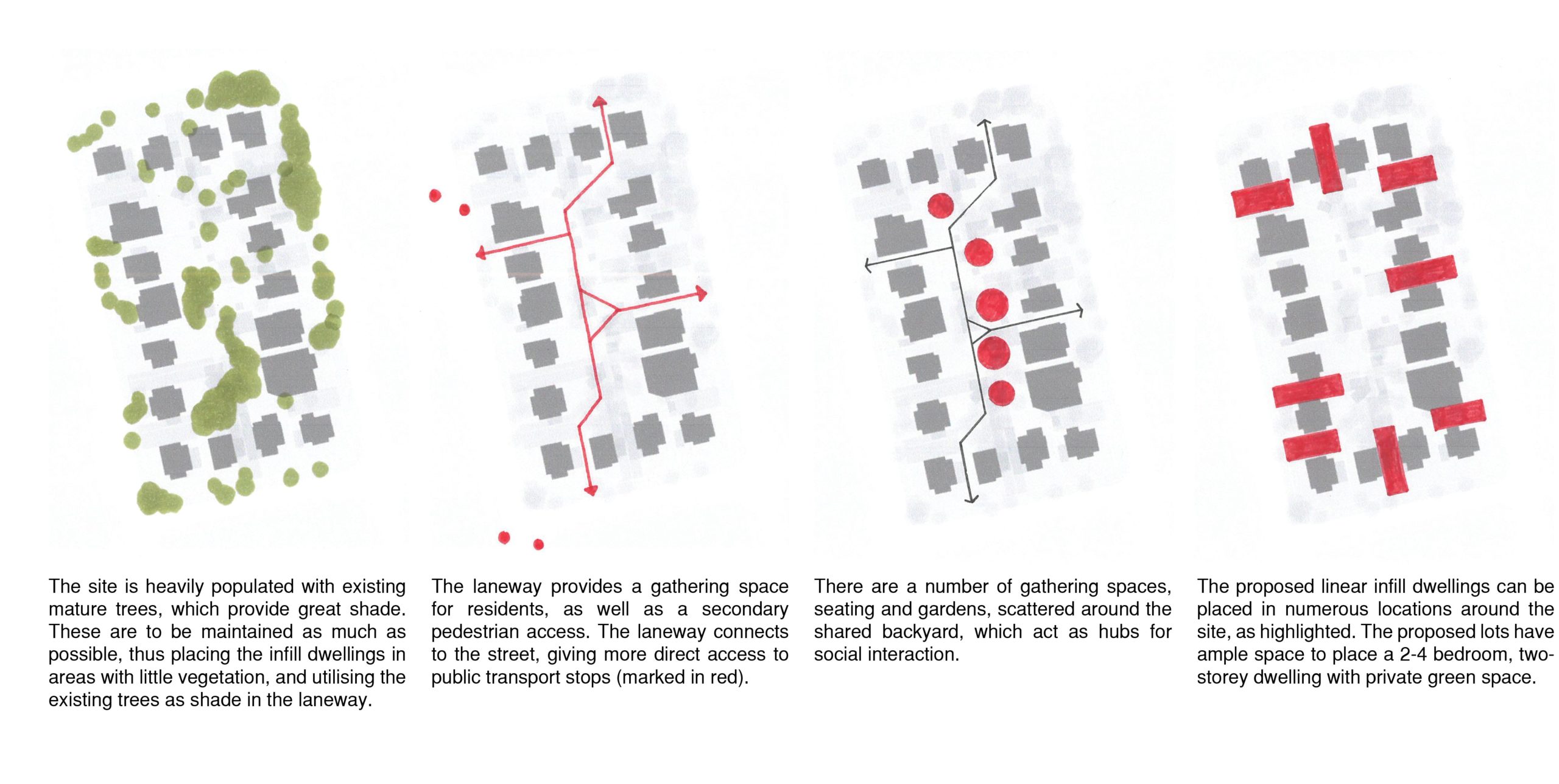 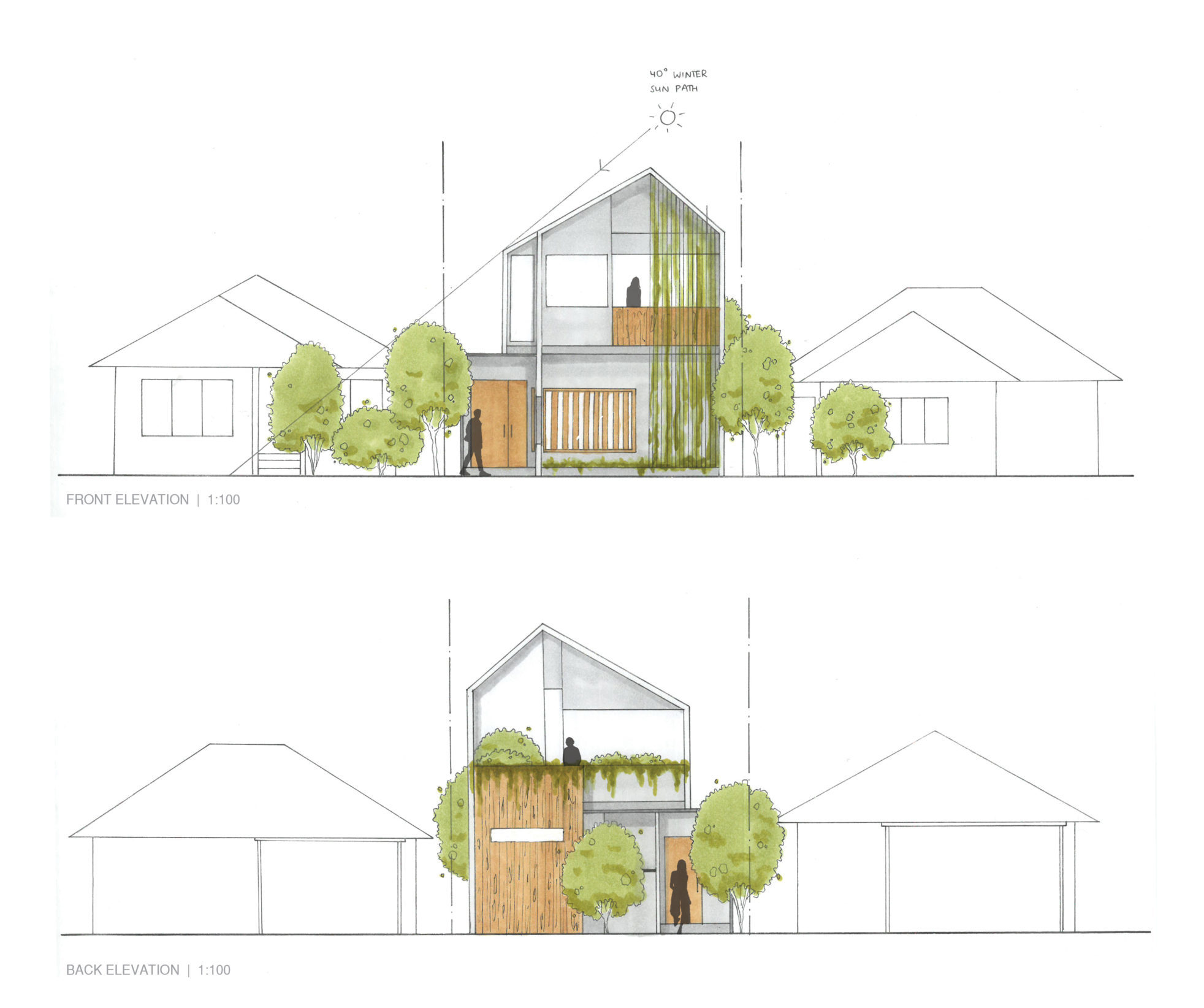 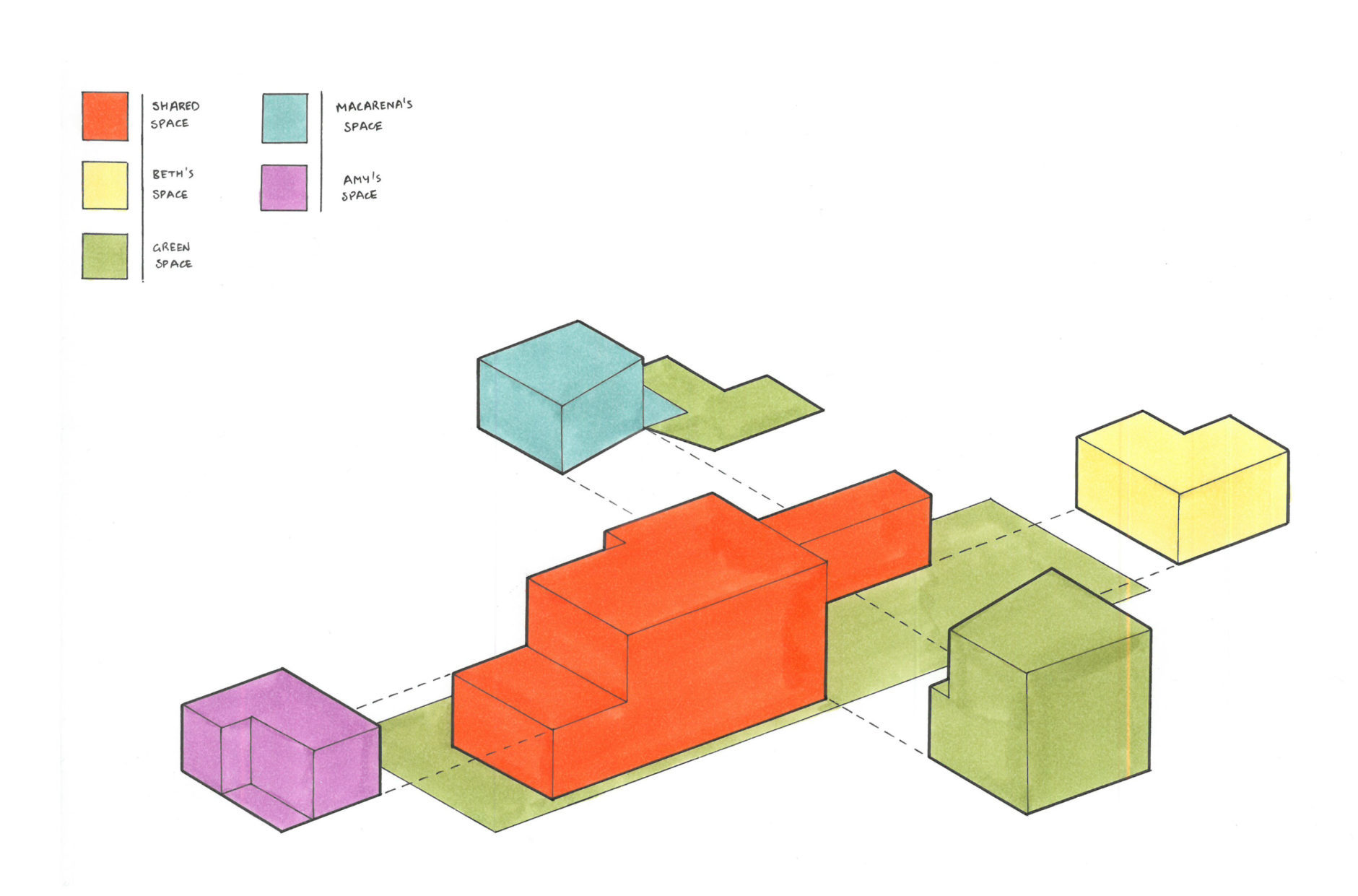 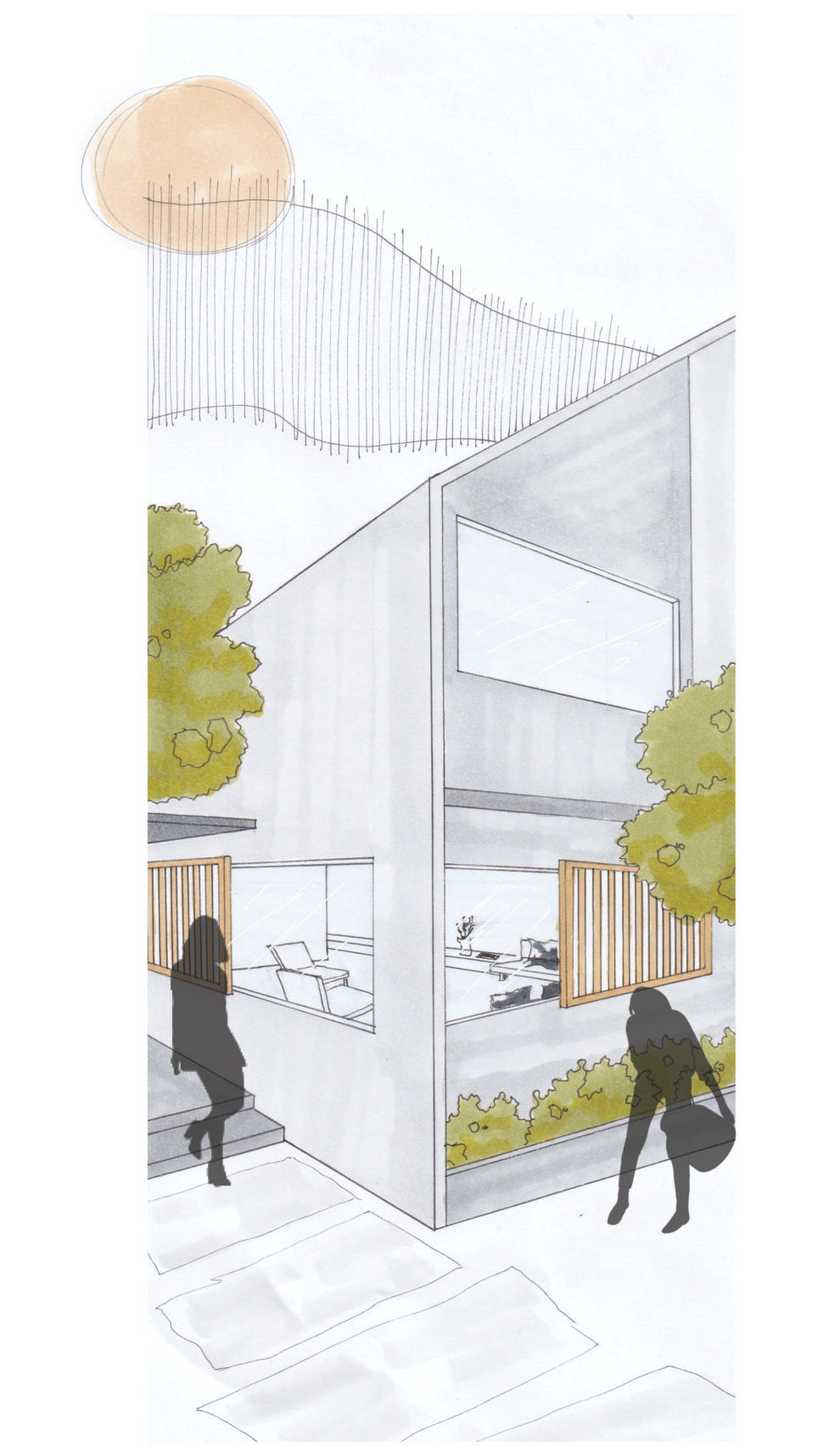 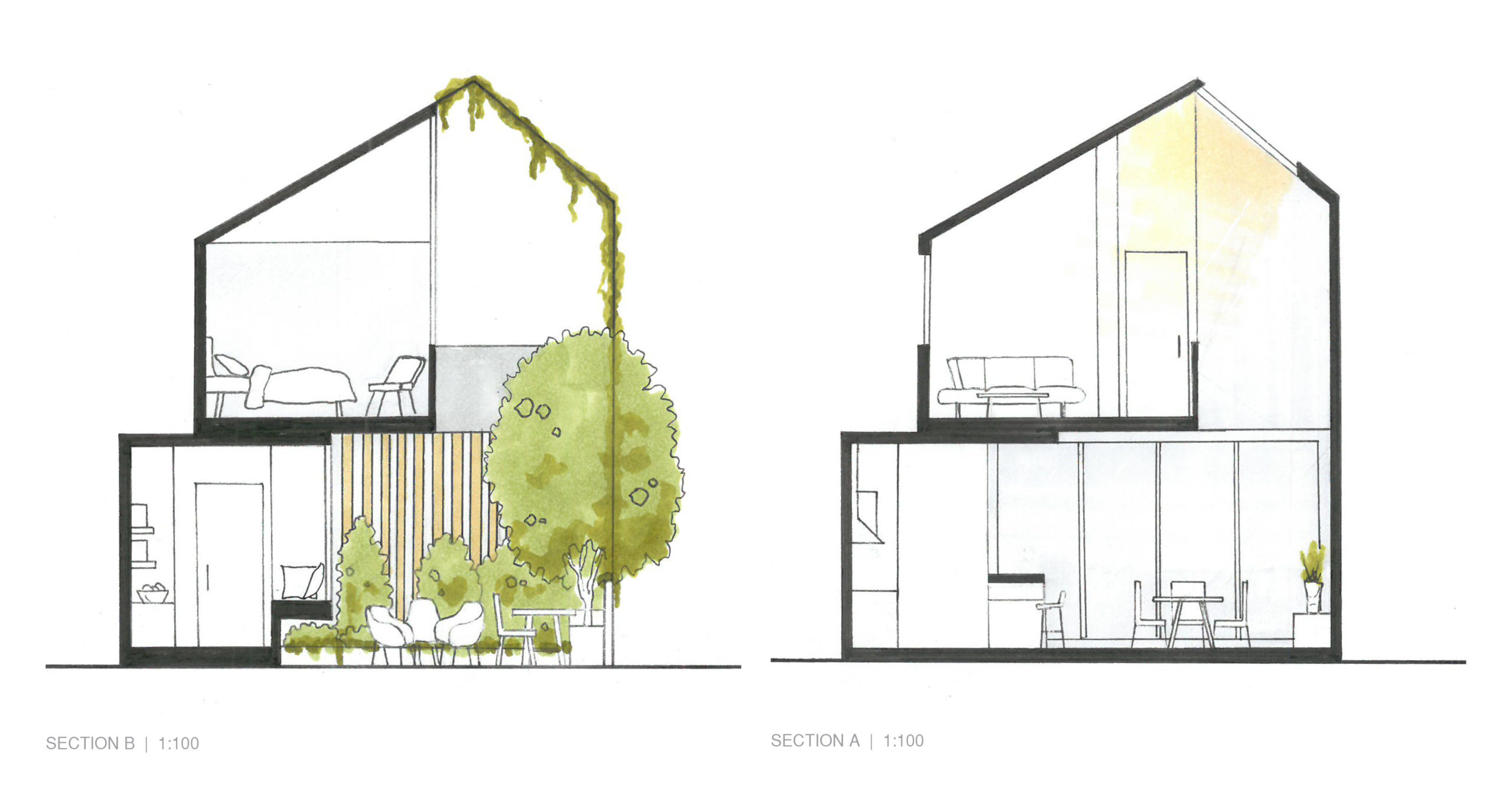 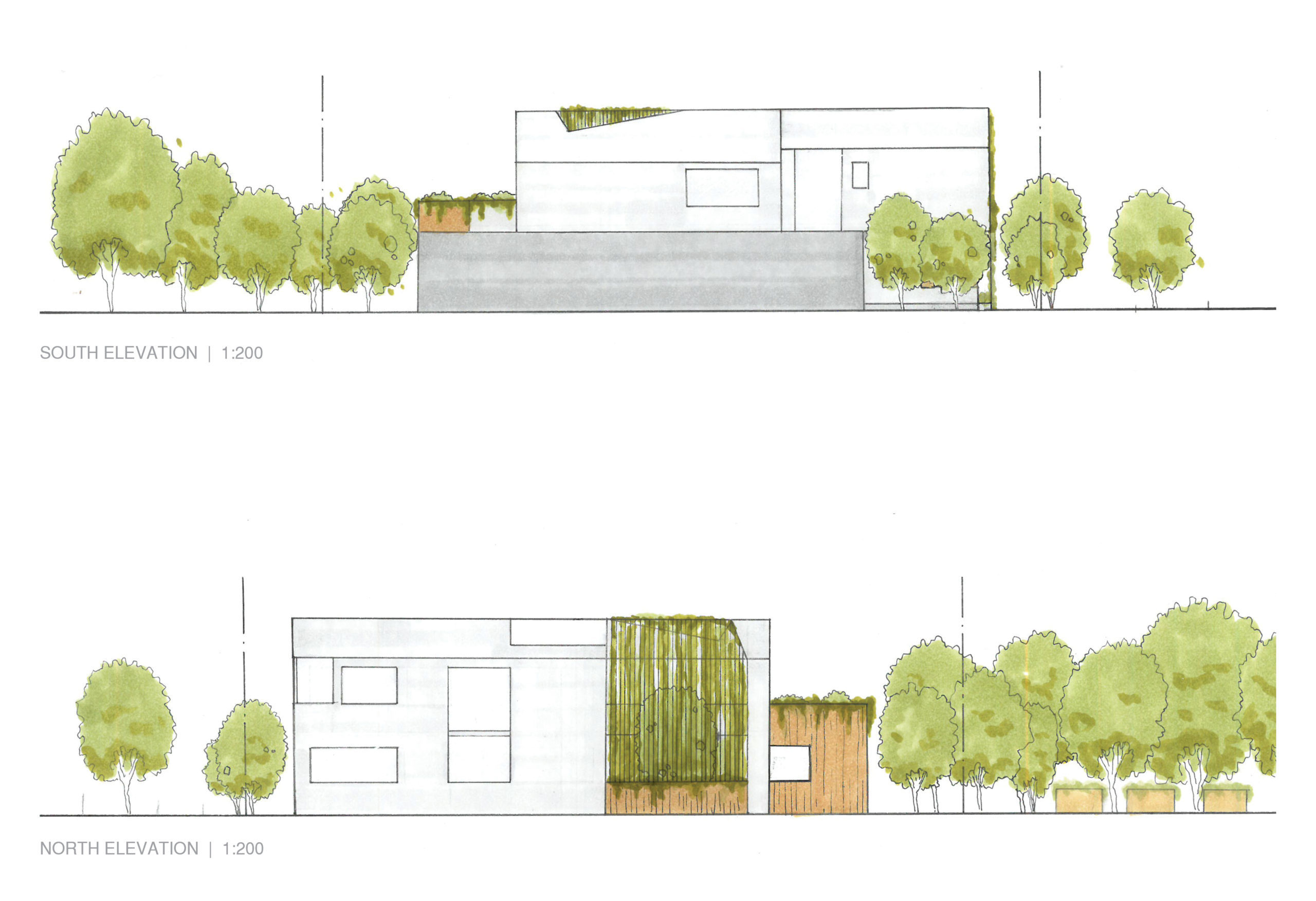 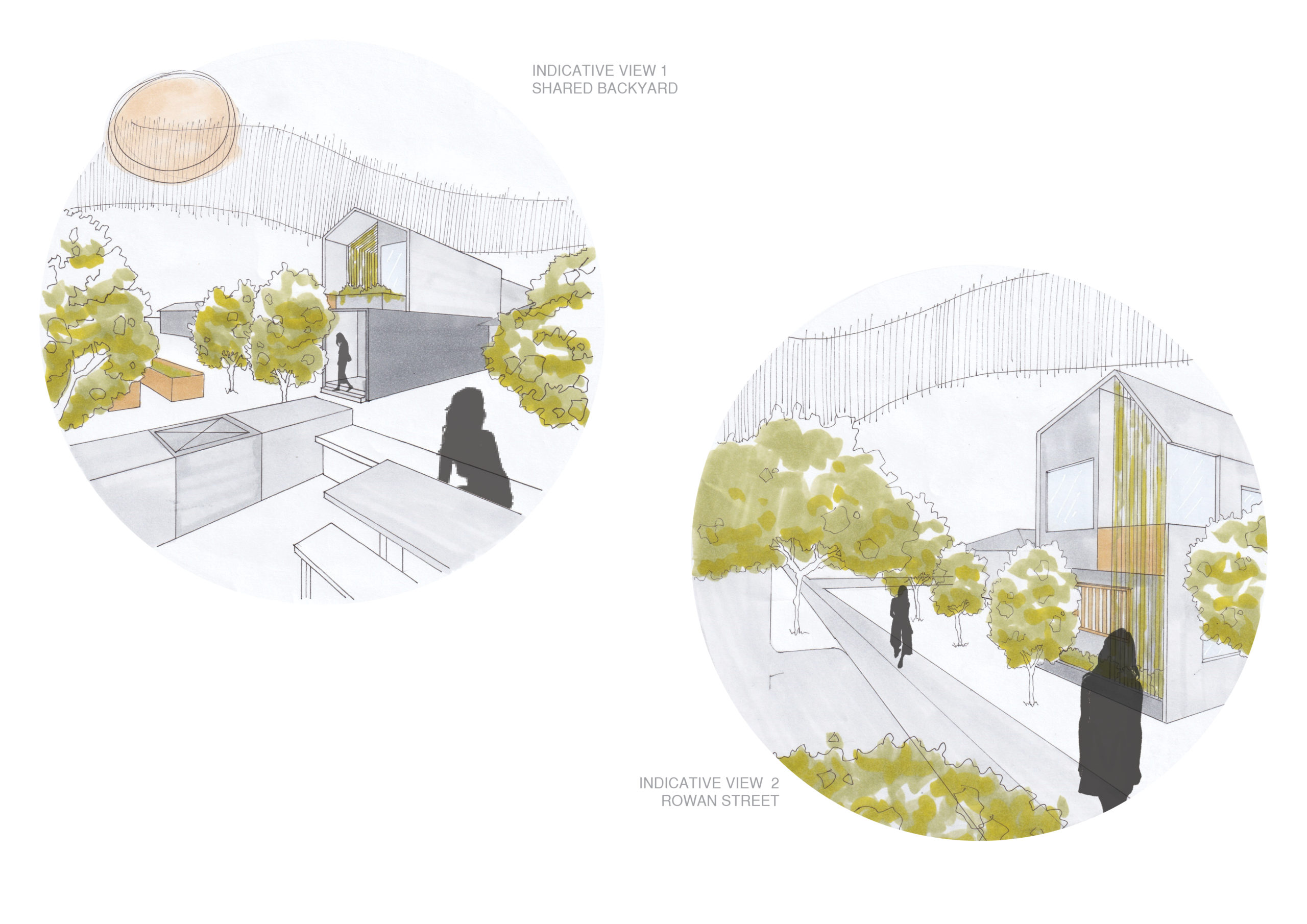 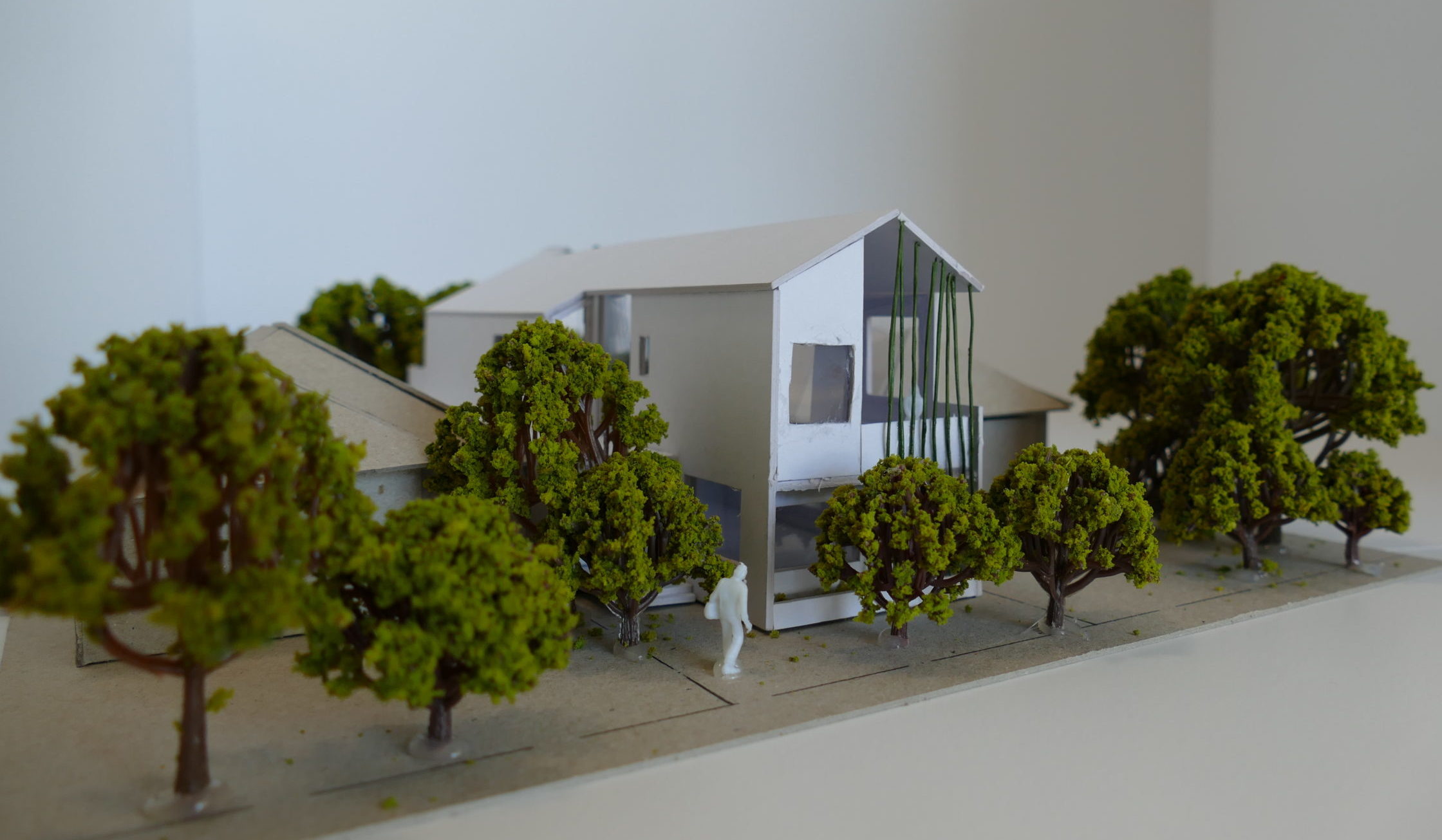 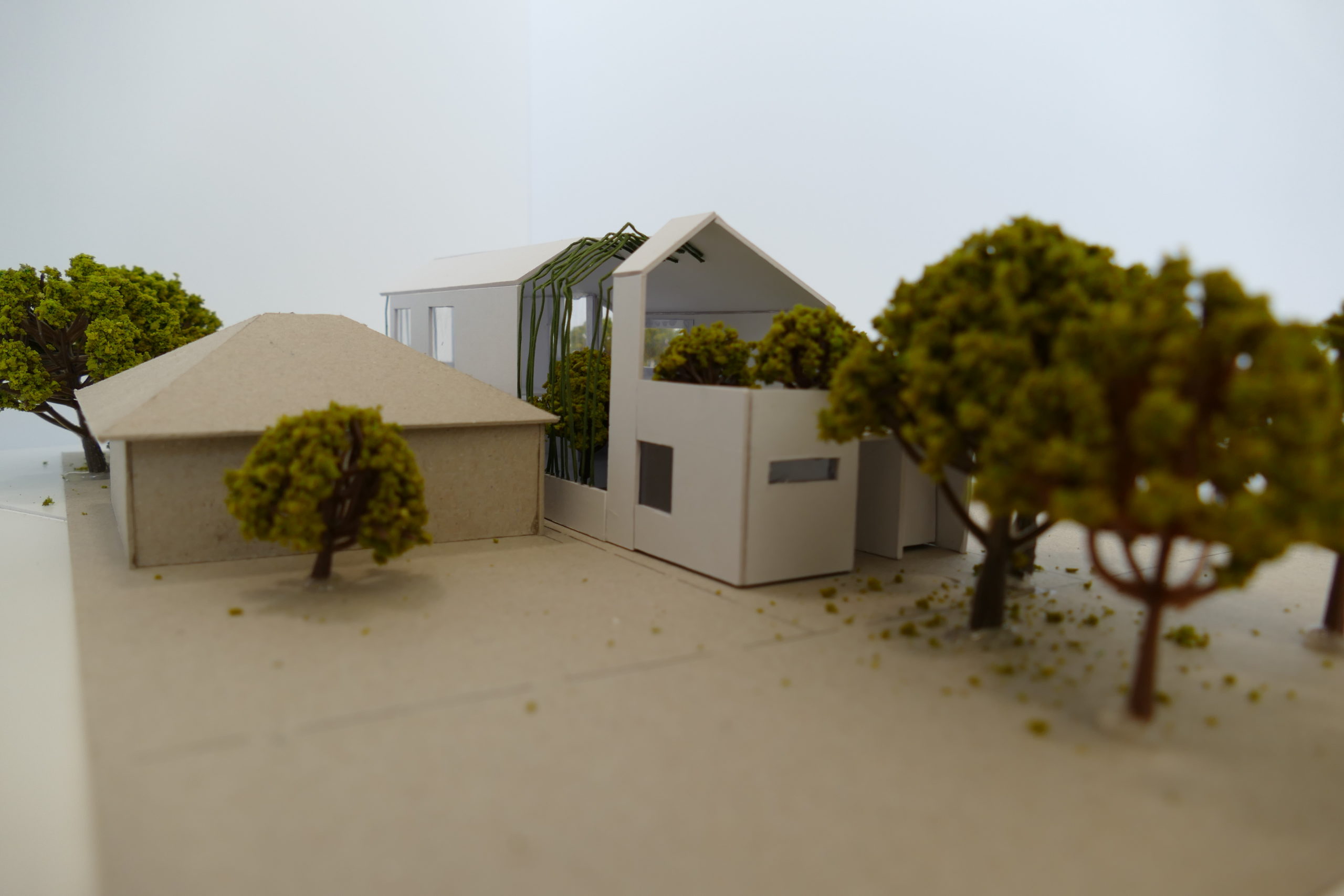 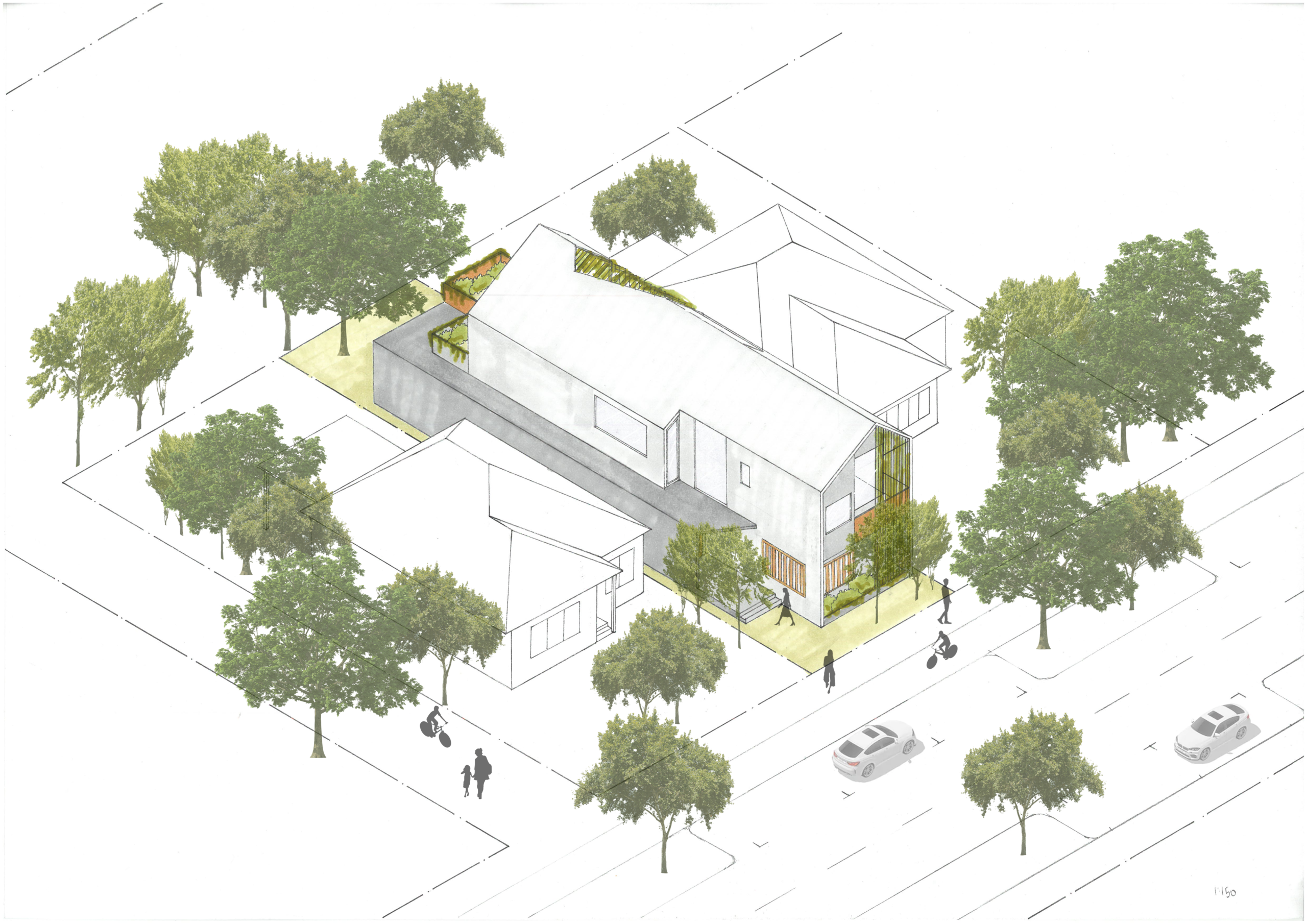