This project began with an existing postmodern house within Brisbane – the Bligh House, designed in 1968 by Graham Bligh. The existing house served as inspiration for a design of a new detached addition – a 50sqm multipurpose structure.

This proposal for a 21st Century Pavilion provides a simple design for a self-sufficient dwelling that is physically separated from the existing house and placed in the midst of the trees, to provide an escape and the required privacy. This allows the building to be occupied by those close to the family or be rented out. The addition is designed to be multipurpose and thus can be transformed into a guest house, a multi-generational living space, home office, retreat or rental property.

This additional pavilion is entered through a connecting bridge which meets the building on the middle level. The pavilion resembles the split level design of the original Bligh house. From the entry, the stairs lead either up to the living areas or down to the bedroom space. The north facade is fitted with bi-fold windows that help connect the interior to the dense bush outside, providing an escape to nature whilst remaining indoors and allowing the whole of the upstairs to transform into a semi-outdoor space. The vertical shading devices on the south and east facades aim to let in the morning eastern sun yet maintain privacy from the existing house. The materials utilised in the pavilion have the same raw and natural look as the original Bligh house. Using various local timbers for both the interior and exterior applied in horizontal planks, mixed in with glazing. 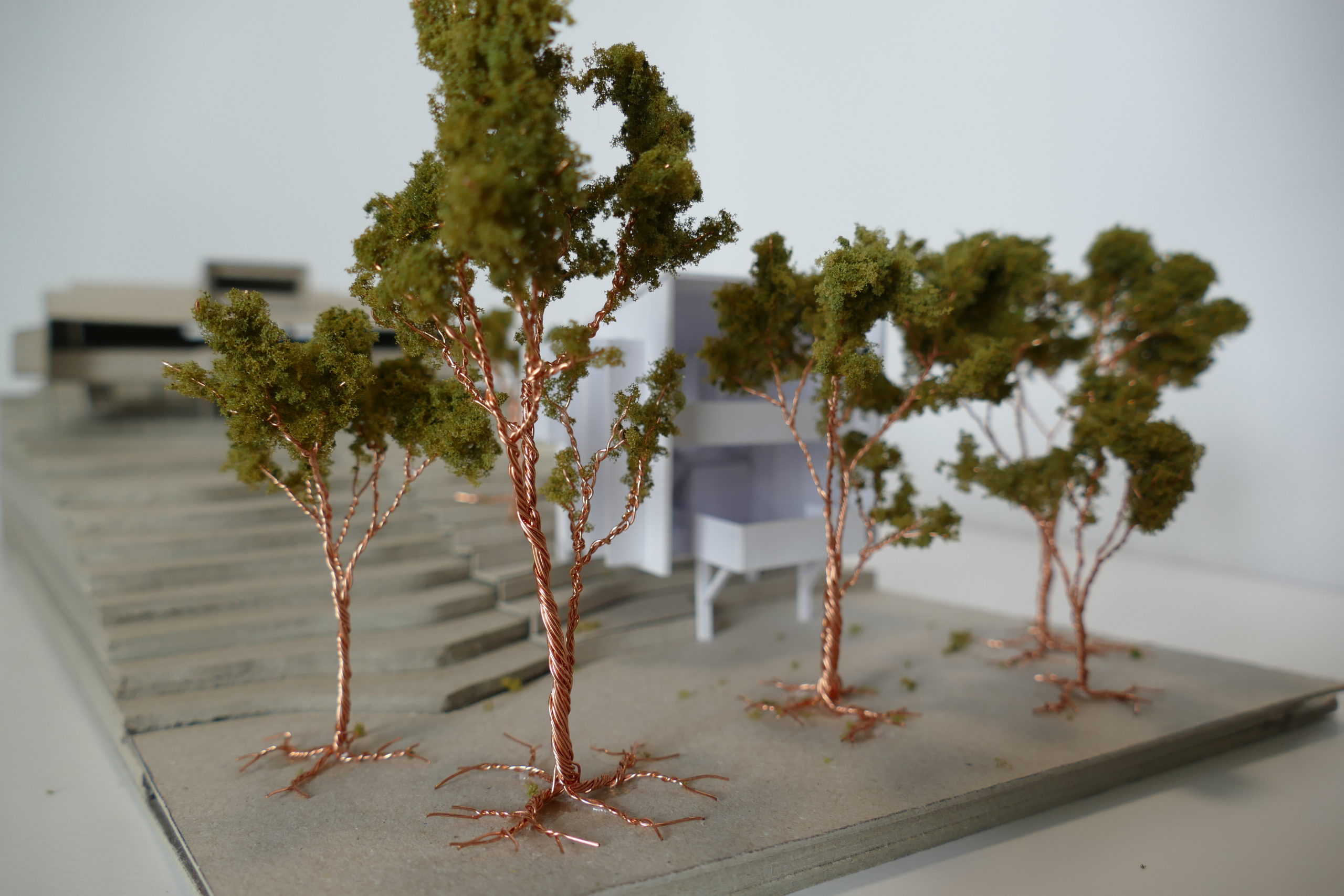 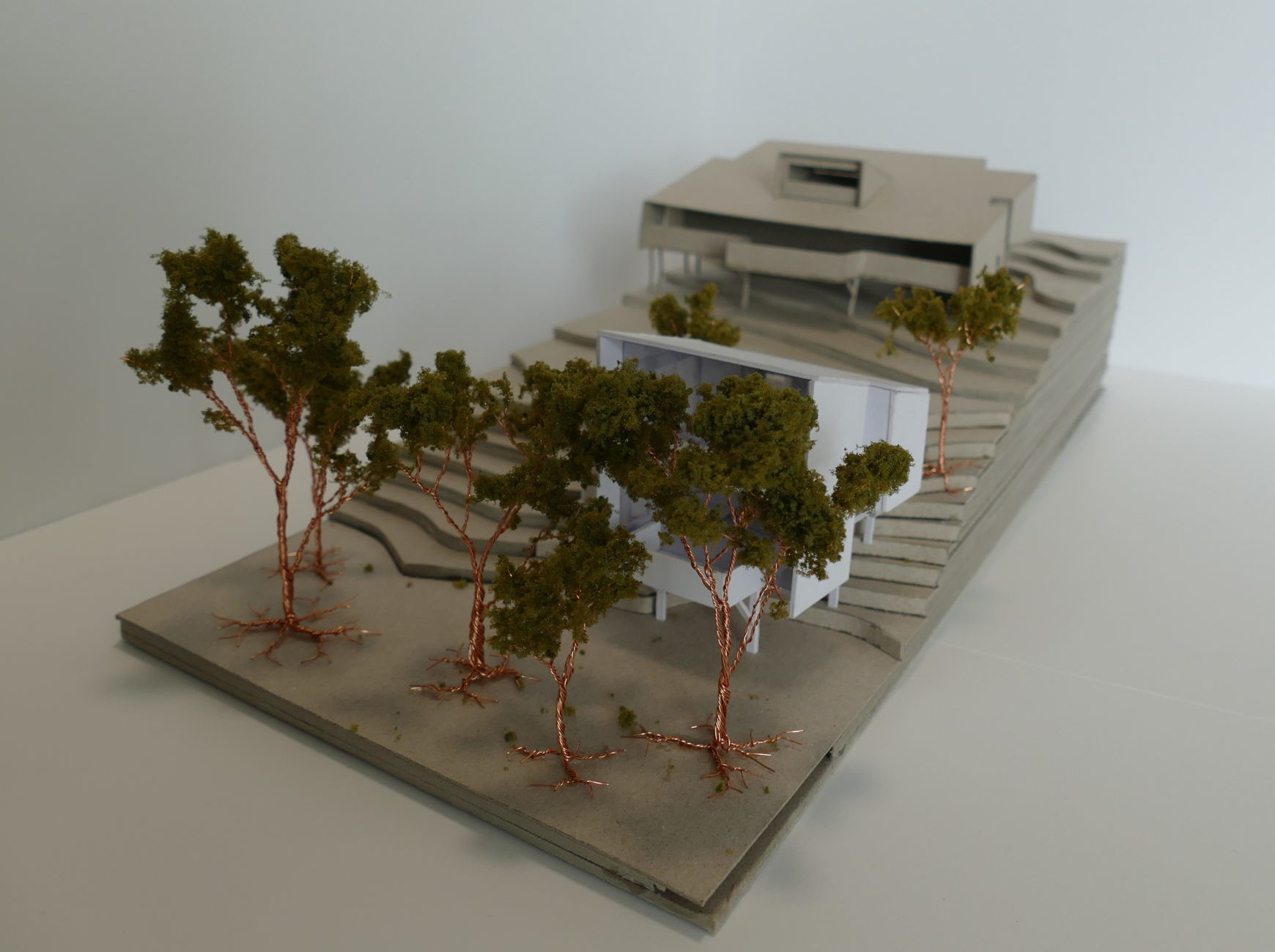 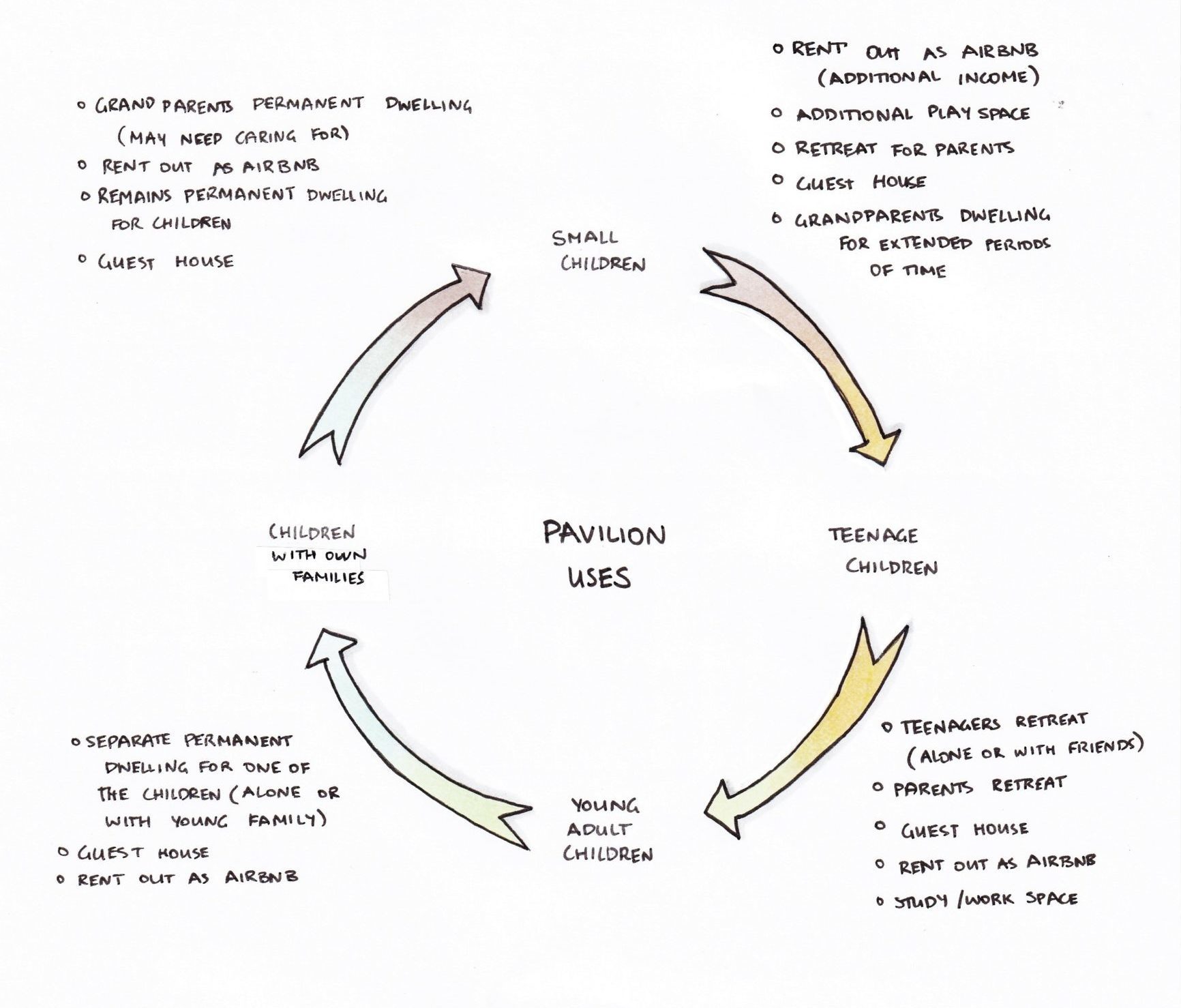 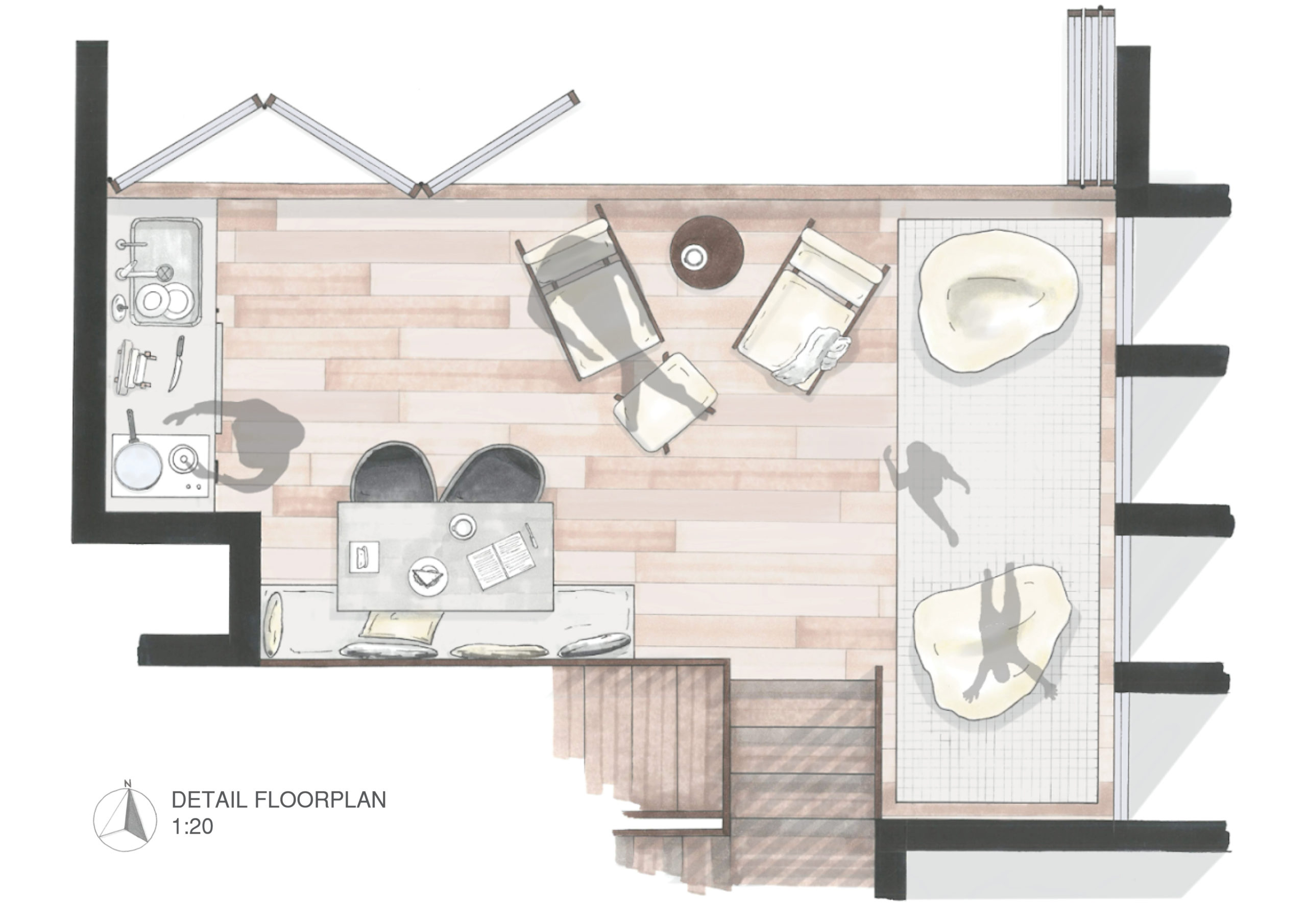 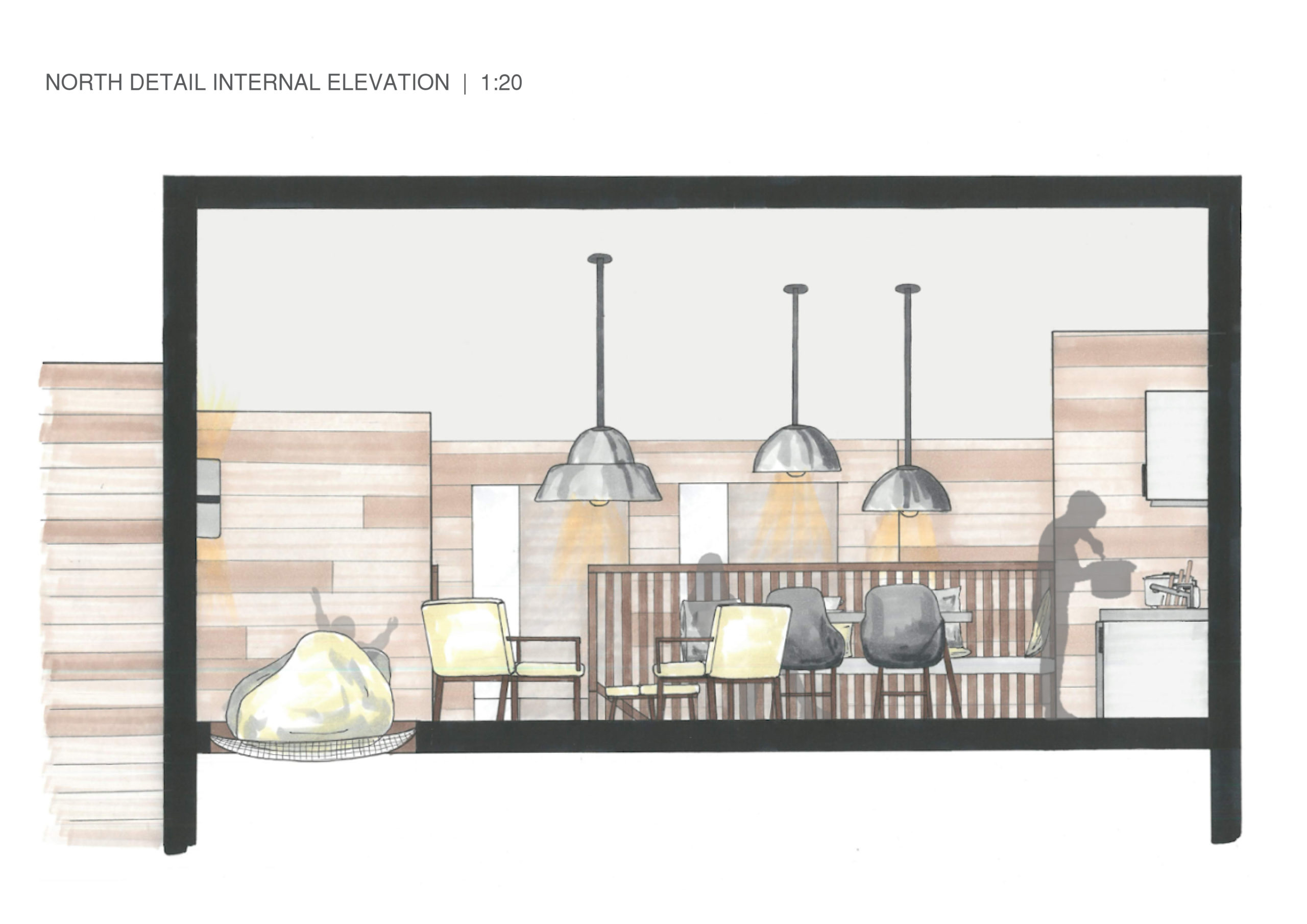 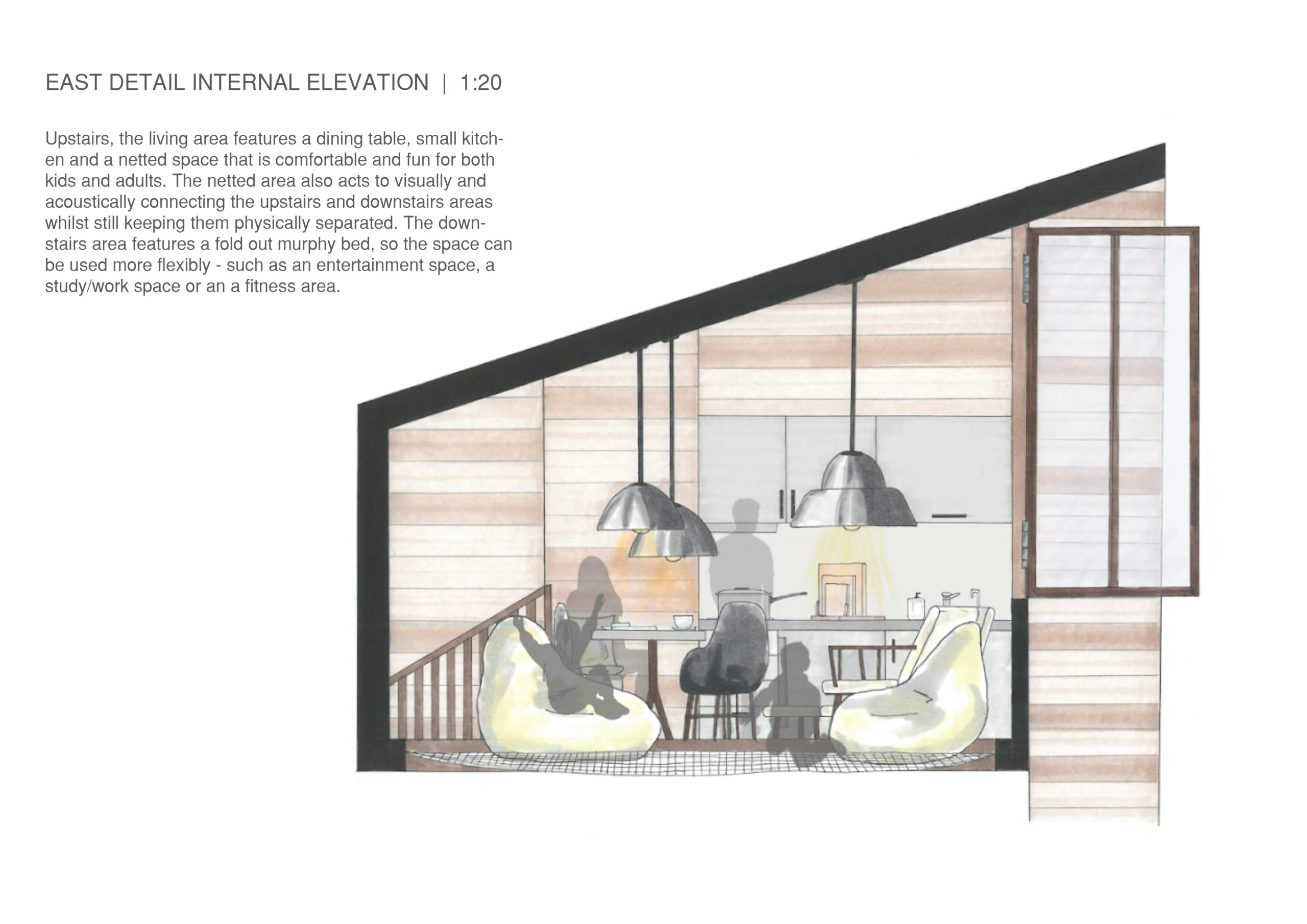 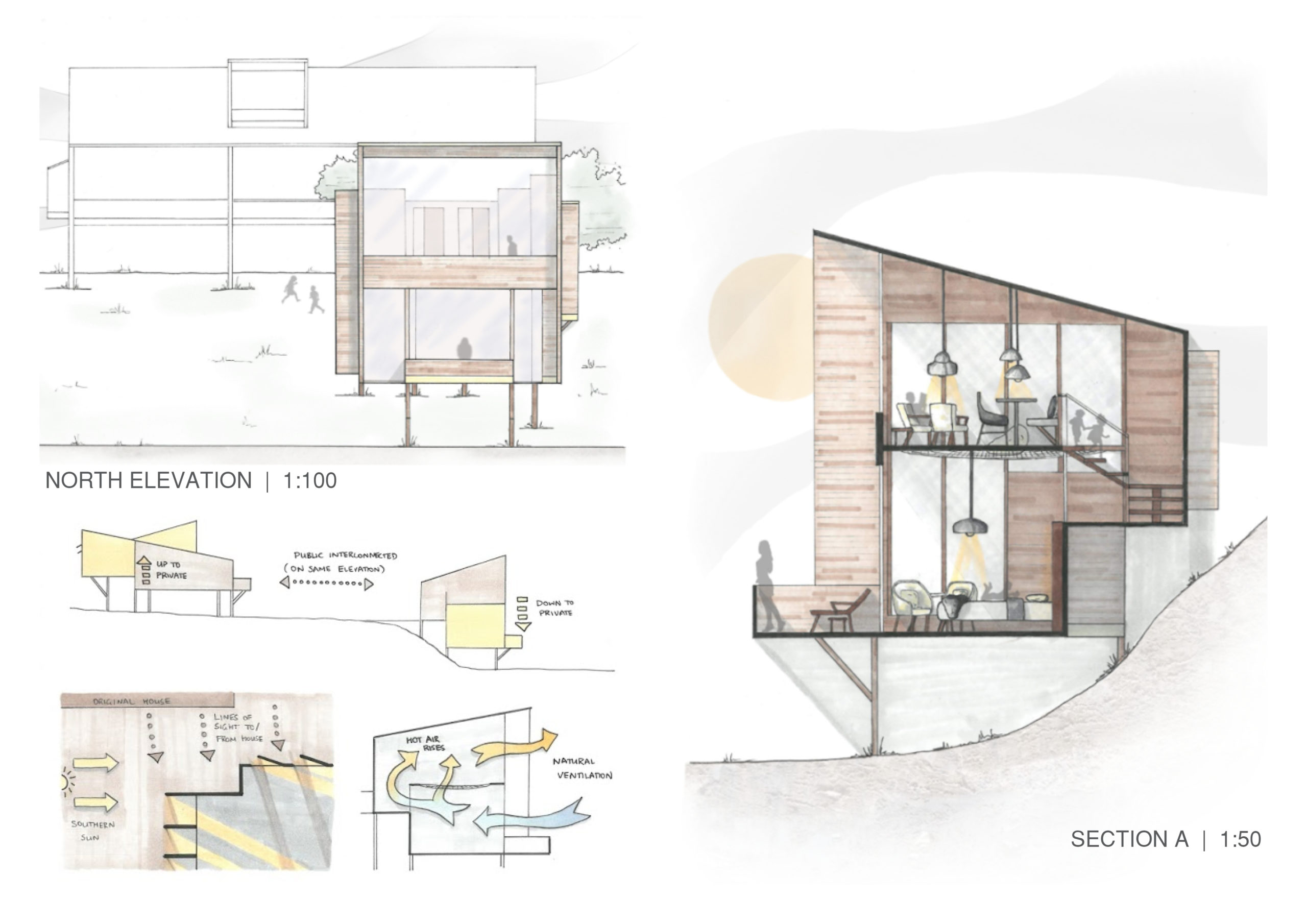 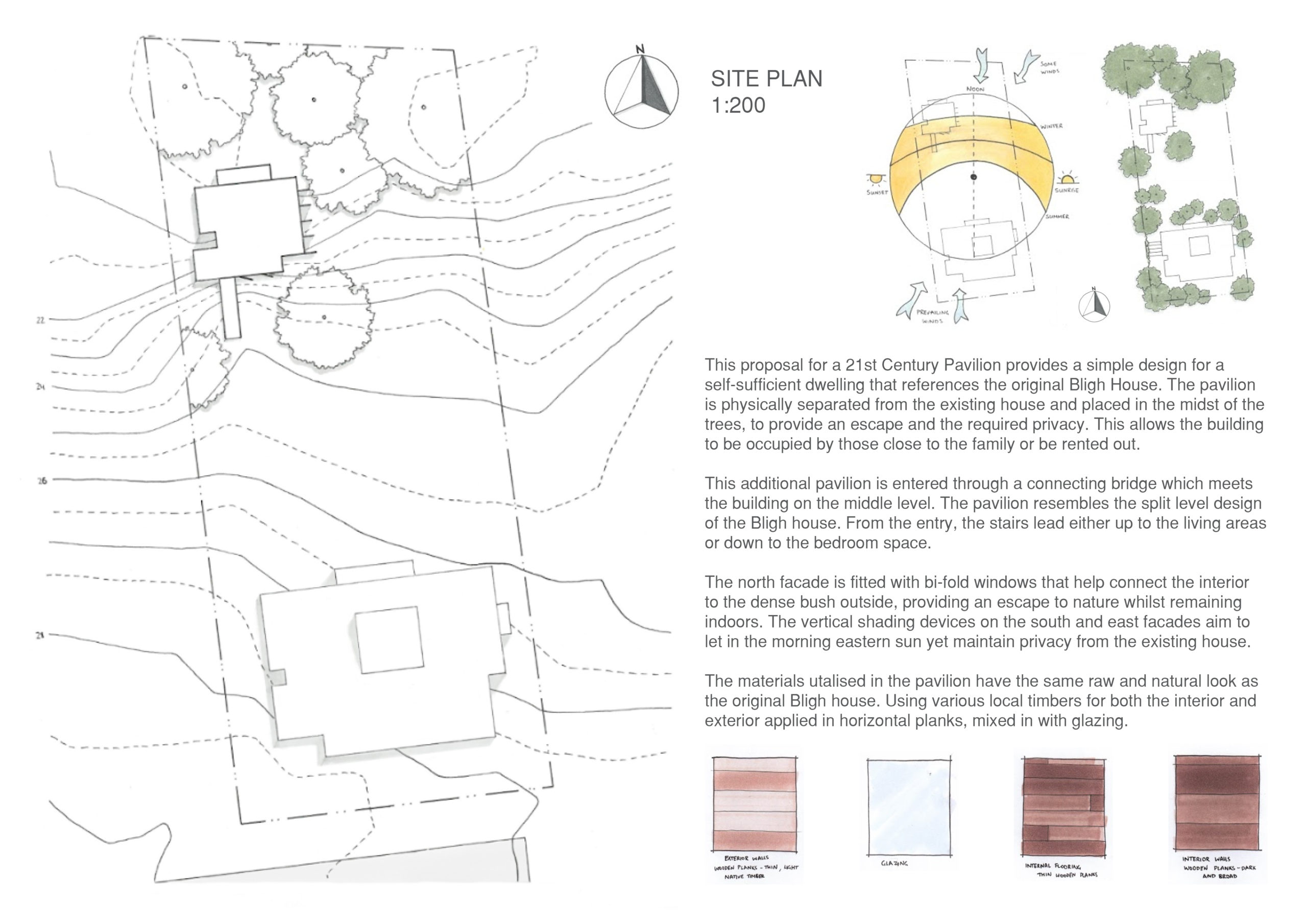 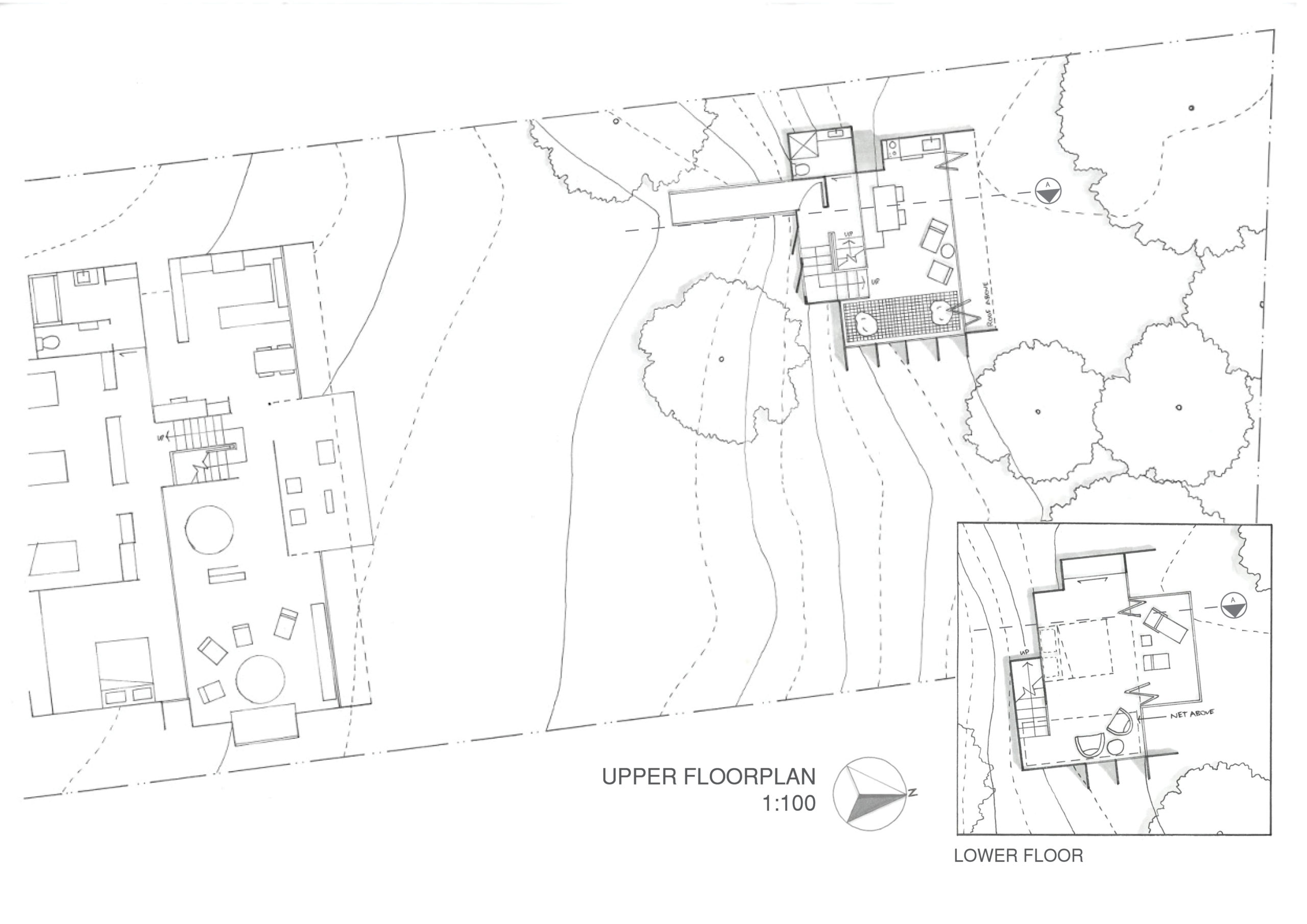 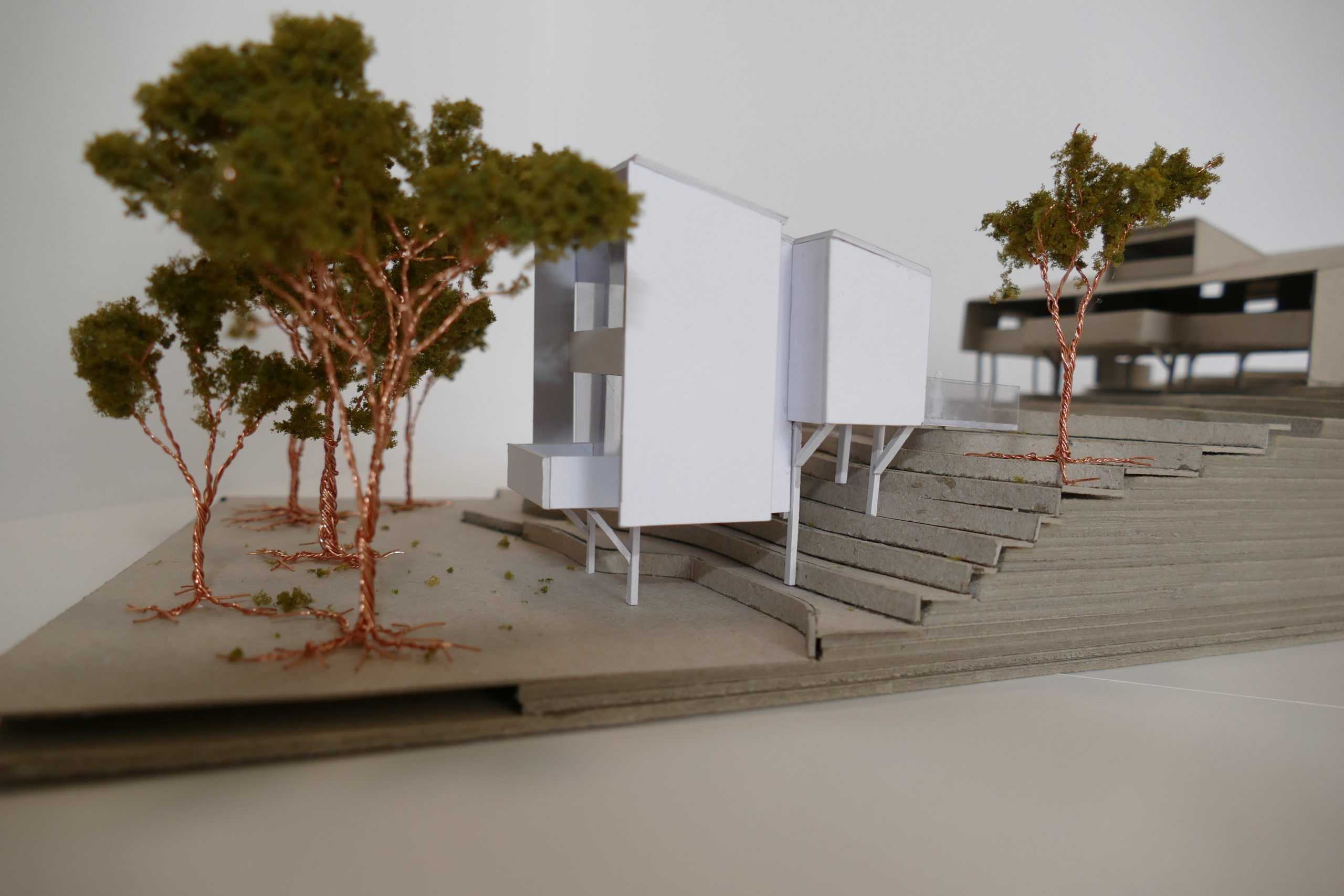