This project involved the development of a Film Cafe, with adjacent public spaces such as a boardwalk and screening area. The design was to be inspired by our own short urban film of the site.

This design is inspired by movement and motion as well as the fragmented forms of the cliff-face of Kangaroo Point. Within its steel and fabric envelope, it houses two separate cafe spaces – one cantilevered far over the cliff, floating above the surface, and another enclosed within the cliff itself. Both spaces have screens for viewing of films, as wells as spaces for appreciating the views of the city. The boardwalk connects the spaces together and allows visitors to discover the space and the vistas through movement. The addition of another staircase and lift enhances the urban surroundings by allowing additional access between the two levels of the site. The staircase also provides access to the indoor cafe, and encourages exploration along the journey with its many twists and turns. The angular forms of the building envelope are an ode to the rock-face of the cliff that is popular amongst rock-climbers, and is replicated on all levels of the structure. The structure is created from steel beams that are stretched over with semi-opaque fabric, giving it a blurring effect – like the tall skyscrapers disappearing into the clouds.

The exploration of the urban fabric and the dramatic change of elevation between the water level and the top of the cliffs, inspired this structure. The tessellated roof forms are reminiscent of both the cliff face and of night-time reflections of the city glow in the river. The stair climbs the cliff encircling the central stem of the lift shaft, providing refuges and lookouts along the way. From above, the angular forms of the film cafe, contrast the fluidity of the footpaths along the water edge. The added structure transitions from the existing boardwalk on the top of the cliff and dramatically suspends over the edge, while maintaining the existing boardwalk as a secondary thoroughfare. The is opportunity for additional screening surfaces, with short films, event advertisements or art installations being projected onto the angled surfaces of the white fabric roof or walls that enclose the boardwalk, as well as the cliff face itself. 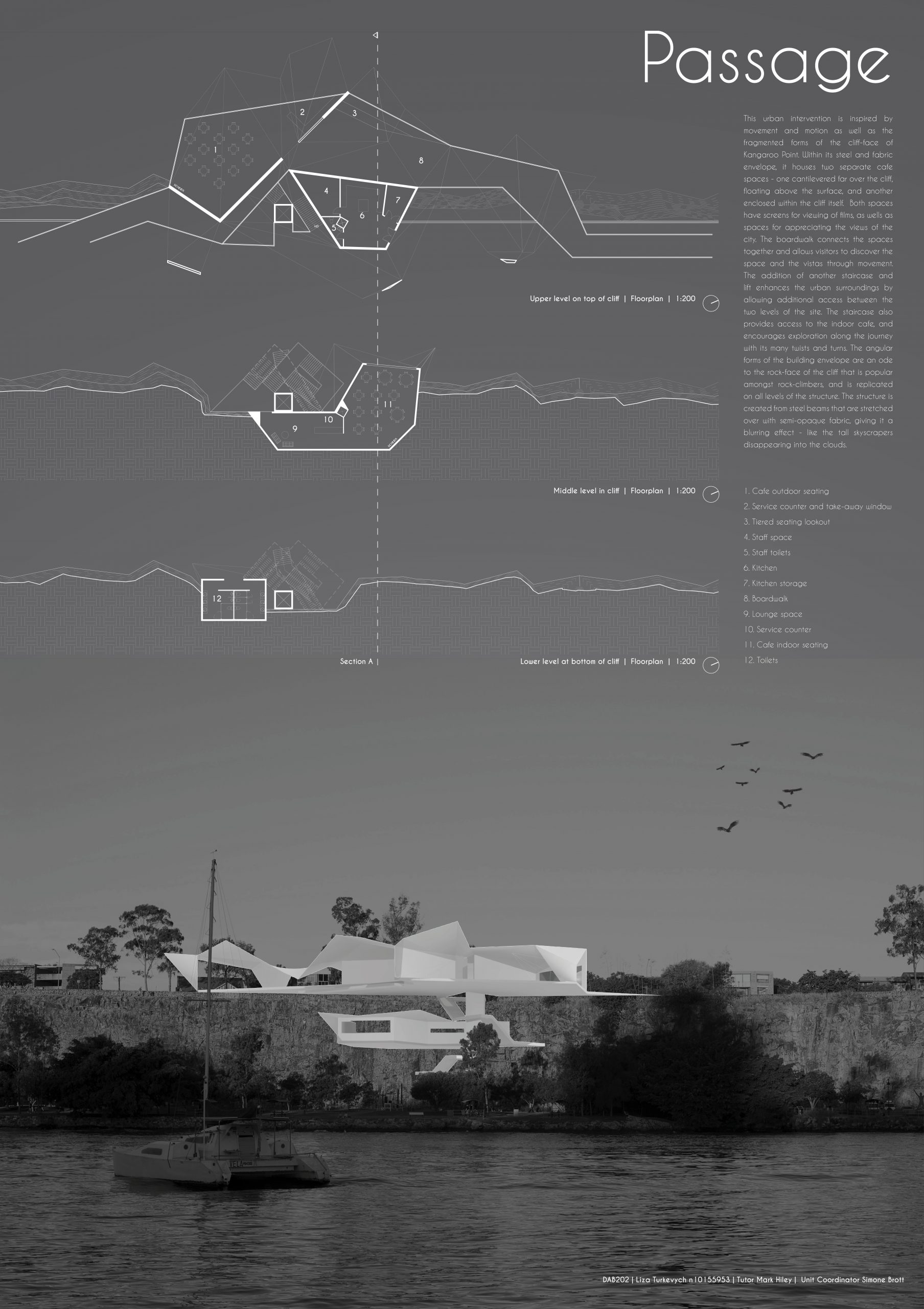 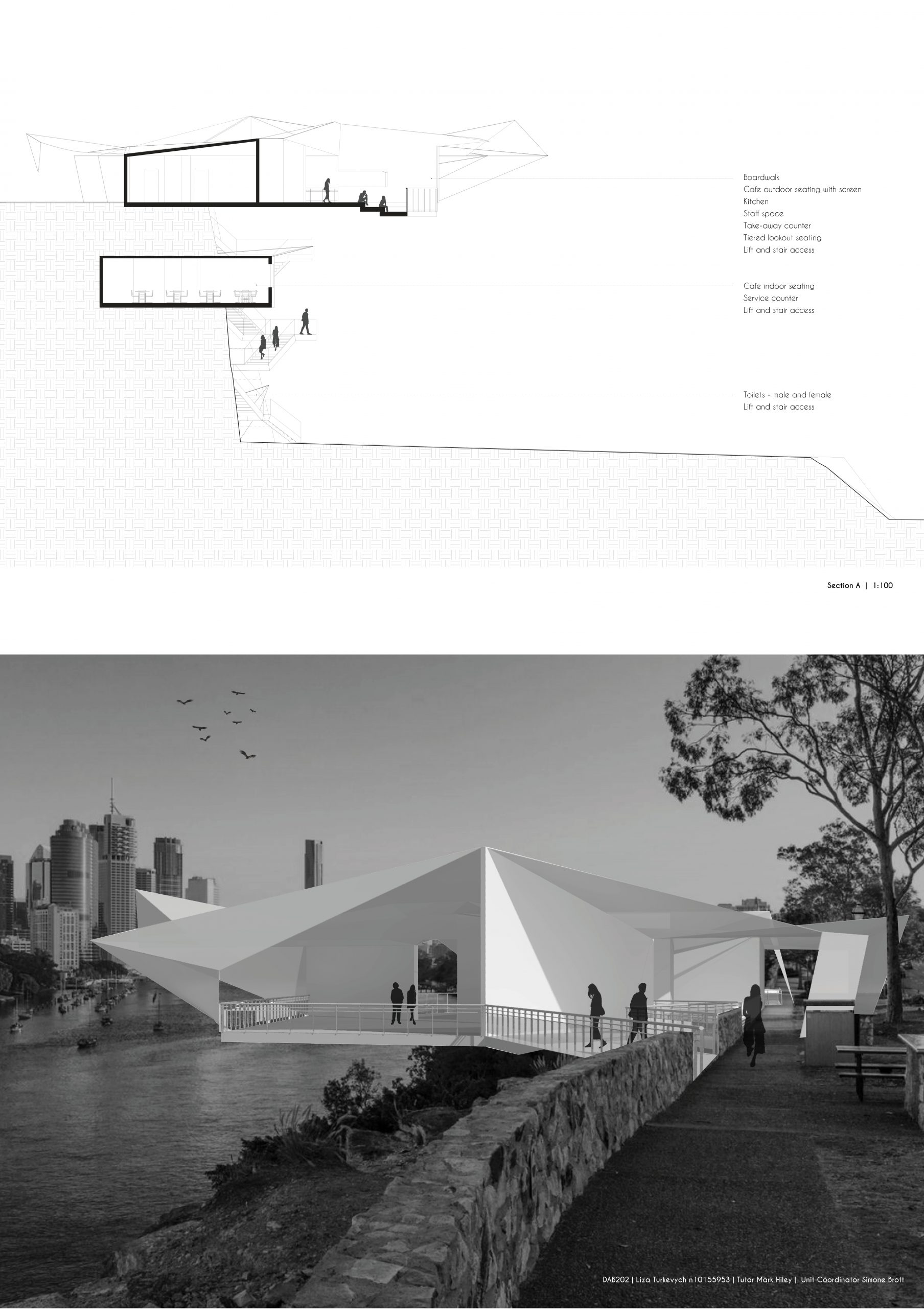 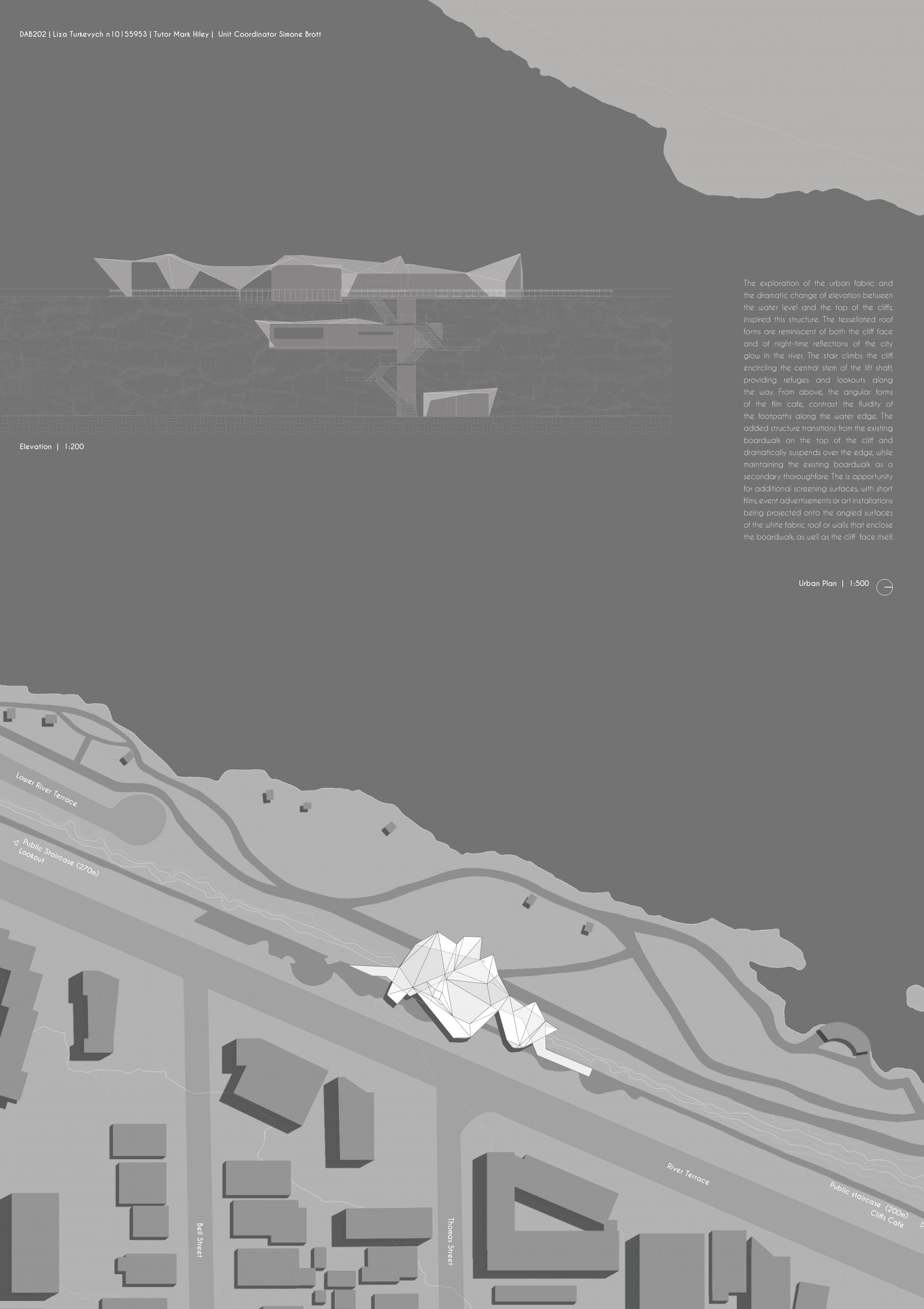